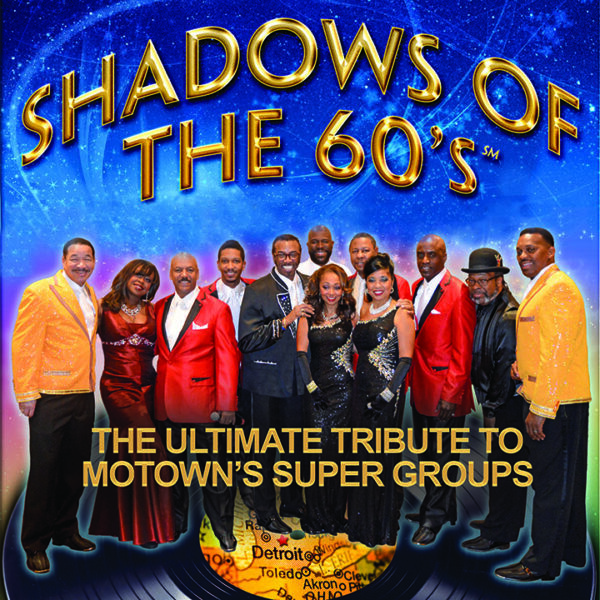 “WAS IT JUST OUR IMAGINATION OR WAS THIS AN UNBELIEVABLE SHOW…”
— Patty Kiniry, Arcadia Theater

ABOUT SHADOWS OF THE 60'S

SHADOWS OF THE 60’S pays tribute to the tremendous legacy of The Four Tops, Temptations & Supremes. In this Tribute production show, SHADOWS OF THE 60’S perform the hits that span several decades. Great care is taken to reproduce the music, note for note, and in the original keys and arrangements. Now, triple the memories and excitement with our Tribute to Motown’s Super Groups. Stunning choreography & costumes! Three Super Groups on one stage with a grand finale featuring the music of Motown’s Smokey Robinson, Marvin Gaye, Stevie Wonder, Gladys Knight, Martha Reeves, Junior Walker, and more! Click on our “Reviews & Video” page to read what fans, buyers, agents, and theater owners are saying, and then check our schedule page for locations where we will be appearing in your area. Don’t see your community listed as one of our tour dates? Then be sure to contact your local Performing Arts Center, Theater owners, or event organizers to bring us to you. Be sure to Bring your friends and family and join us for a night of musical pleasure. “Shadows Of The 60’s” – Truly a concert for everyone!

Humor and good times on stage and in the audience. Multiple costume changes. Exciting choreography. A show for all ages. The emphasis is on audience participation. You may be asked to join us on stage and even get to wear some of our colorful costumes.

Why are women a part of our Tops Tribute production? On a number of their hits recorded between 1964 and 1967, penned by the Holland, Dozier, Holland team, the Four Tops were joined by the Andantes singing in the background. The Andantes were a key ingredient to the success of the Motown sound as their incredible vocal harmony and sound were the driving force on the choruses of the majority of Marvin Gayes hits such as “How Sweet It Is, “I Heard It Through The Grapevine,” Pride and Joy,” Mary wells “My Guy,” Temptations “It’s Growing,” Supremes “Love Child,” and even Jackie Wilson’s “Higher and Higher.” SHADOWS OF THE 60’S endeavors to maintain that authentic sound by adding our very own “Beehives” to our production. We strive to keep your memories of that unique era in American Musical history intact by performing them just the way you remember hearing them on the radio, all in the original keys and arrangements. Unlike some popular groups that may have had more than one lead vocalist, the Four Tops had only Levi Stubbs whose vocal delivery was the signature sound of the group. If you sing the Four Tops, you have to adhere to that sound as closely as humanly possible. As one reviewer puts it, “We know we can’t ever go back, but Dave Revels’ show makes an incredible effort at getting us there. He sings the songs at times eerily close to the sound of Levi’s voice. The whole group really sings those songs. If I close my eyes and just imagine, I’m transported back in time, even if it’s just for a little while.” 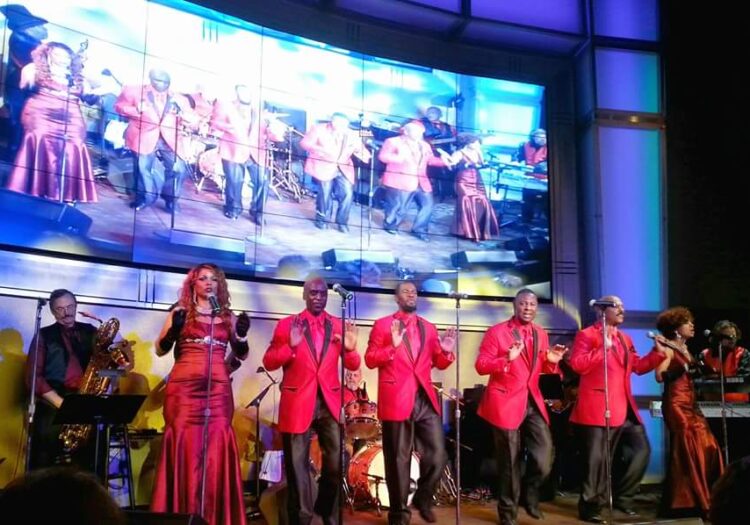 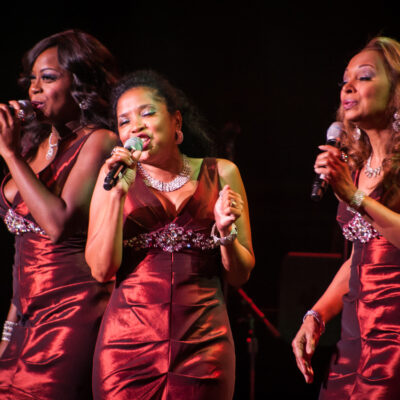 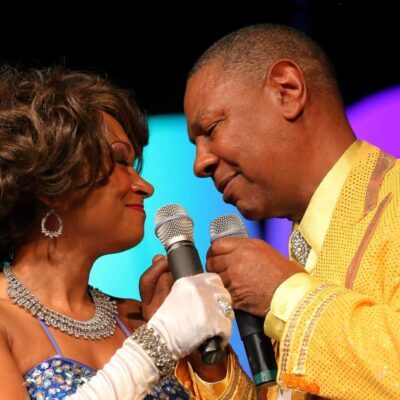 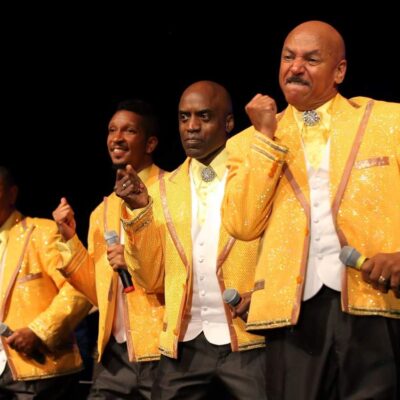 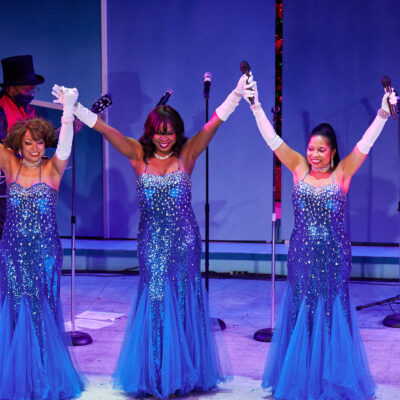 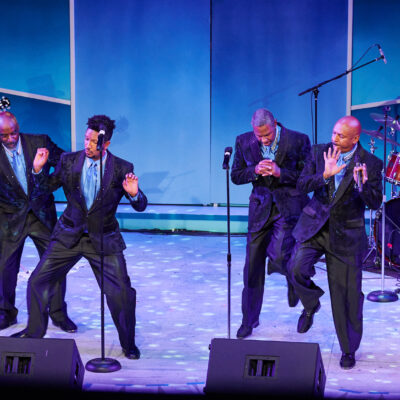 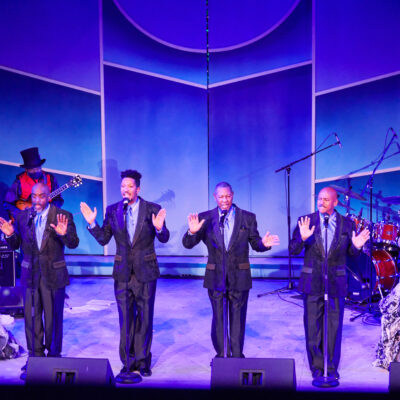 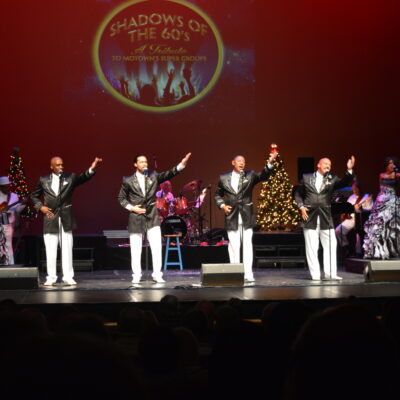 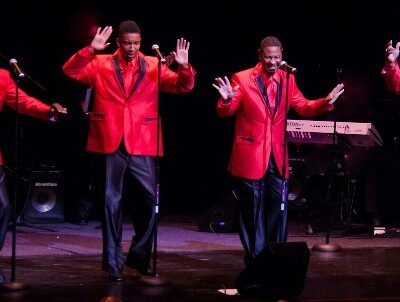 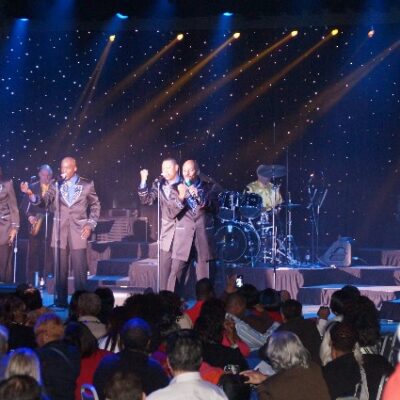 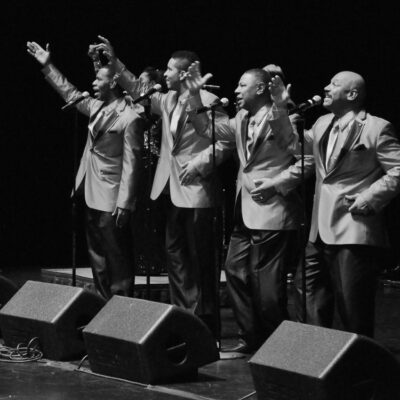 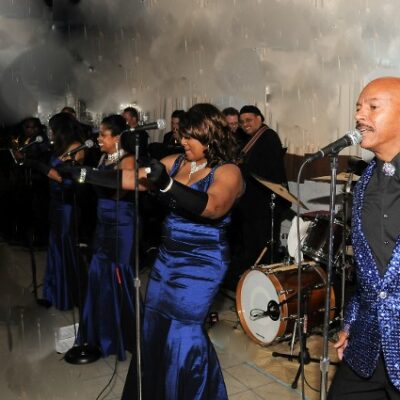