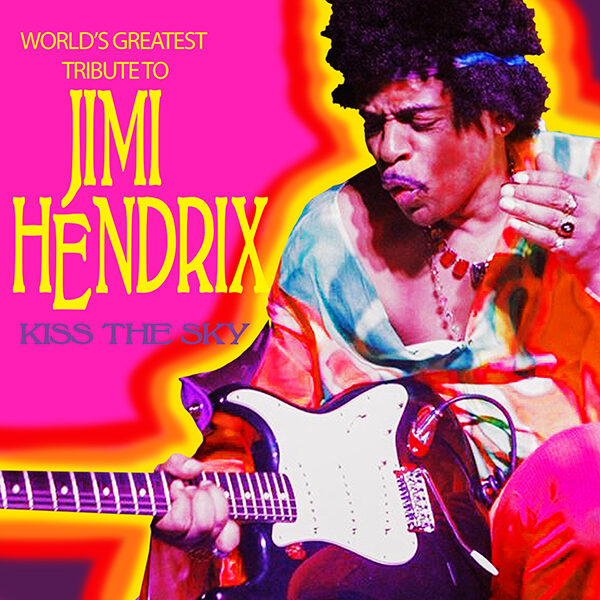 “Believe the hype! This show lives up to it!”
— Rolling Stone

ABOUT KISS THE SKY

Visual
* The ONLY Hendrix tribute with a full cast of spot-on look-a-like & sound-a-like performing musicians not just for JIMI but also representing ALL of his band members in both the EXPERIENCE, the BAND OF GYPSYS and throughout his entire career.

* The ONLY Hendrix tribute wearing custom made 60’s wardrobes that Jimi and his bandmates actually really wore at his most historic concerts.

Authentic
* The ONLY Hendrix Tribute that can faithfully re-produce 4 of Hendrix’s most historic concert sets:

Adding to the visual authenticity of KTS is that just like Jimi Hendrix, so to Jimy Bleu is a left-hander! One of the few in the business and as Hendrix was famous for playing with passion and power; with the guitar over his head, behind his back, between his legs and with his teeth… Jimy Bleu also has all the moves and a reputation for electrifying performances!!! Hendrix made Rock – n- Roll history with iconic stage show performances that literally lit the guitar and the musical world itself on fire. KTS carries that torch of legacy & strives to re-make & re-create Hendrix history every show!

KISS THE SKY gives audiences of today the closest ‘RE-EXPERIENCE’ possible of what it was like to have seen Jimi Hendrix at the peaks of his incredible career. KISS THE SKY is the musical and visual event that is hands down the most historically accurate and authentic Hendrix tribute EVER! 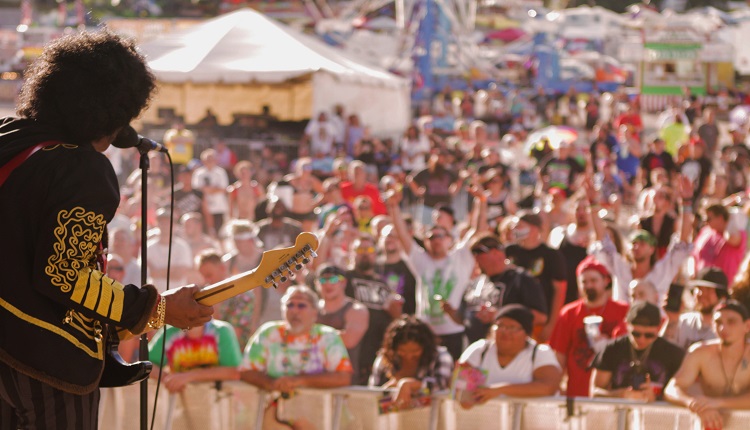 KISS THE SKY - THE WORLDS GREATEST TRIBUTE TO JIMI HENDRIX 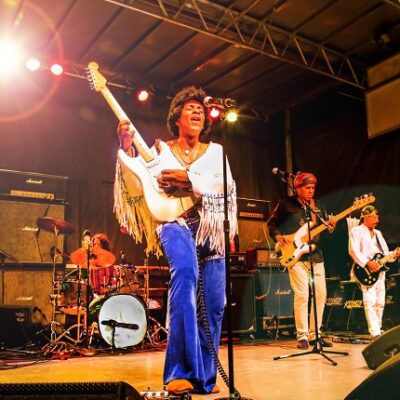 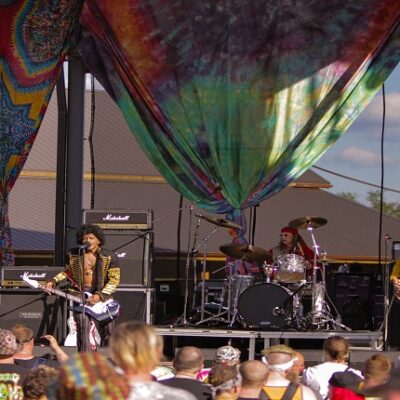