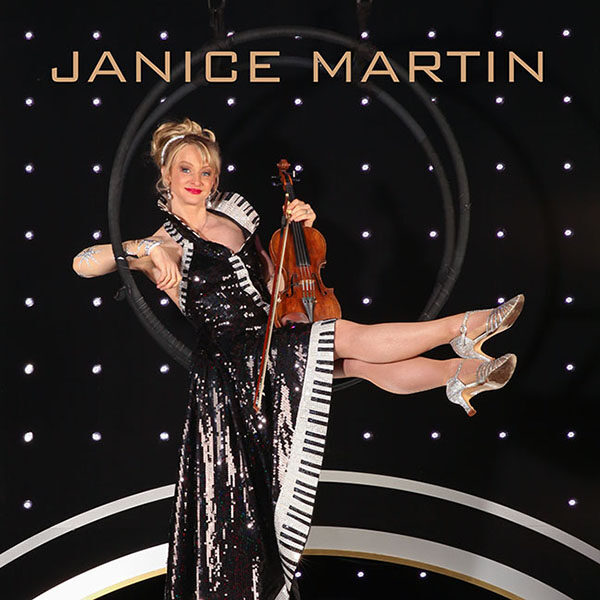 The world's only aerial violinist!

There is no performer quite like Janice Martin. She achieves virtuosity as a violinist, pianist, vocalist and most uniquely, is the world’s only Acrobatic Aerial Violinist. Following her Carnegie Hall debut, Janice released her first CD to NY Times’ critical acclaim as “a brilliant artist.” She has toured the world over with her one-woman shows and as featured guest soloist /entertainer with orchestras, her 5-piece band, and with the internationally acclaimed troupe Cirque de la Symphonie with whom has performed with such orchestras as the Philadelphia Orchestra, Seattle Symphony, Houston Symphony, National Symphony, and Atlanta Symphony to name a few. As a soloist, Janice has performed in some of the most celebrated concert halls in the world such as New York’s Avery Fisher Hall, Tokyo’s Suntory Hall and Prague’s Rudolfinum. In 2017, Janice opened “The Janice Martin Cirque Show” at the Americana Theatre in Branson, MO for a 9 month run, and was awarded “2017 Best New Show”, “2017 Best Matinee Show” and “2017 Female Entertainer of the Year.”

Janice’s multi-dimensional artistry wowed millions of viewers on the popular NBC Series America’s Got Talent with her aerial violin and vocal performance, and her work has been featured on television projects for the Discovery and History Channels as well on the big screen in the Miramax film “Paperclips.” Ms. Martin was awarded the honorary use of the 1708 Burstein/Bagshawe Stradivarius Violin from the Stradivari Society, top prizes at the Washington International Competition, the Young Artist International Competition, and the Career Award Grant by National Endowment for the Arts. In past years, Janice has been also awarded “Female Entertainer of the Year” in Branson.

A native of Racine, Wisconsin, Janice is a graduate of The Juilliard School and Indiana University Schools of Music. In addition, Ms. Martin has created DVDs, CDs and most recently authored a Children’s Inspirational Book entitled: “How I Learned to Fly.” 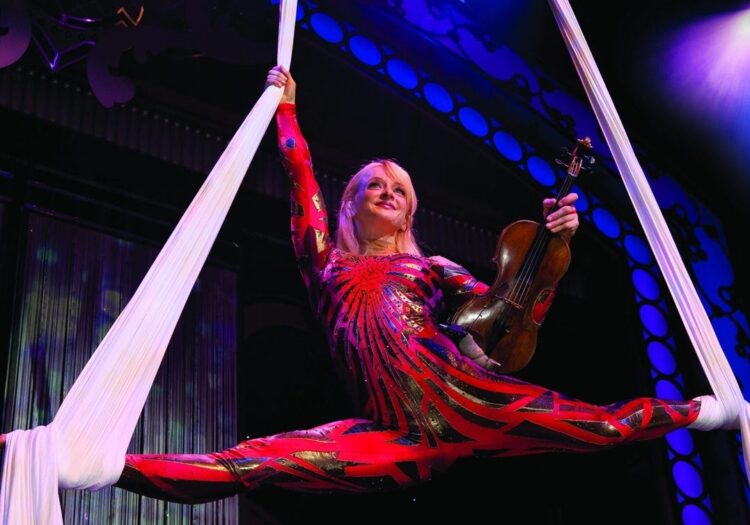 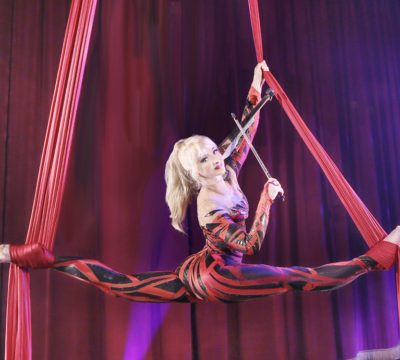 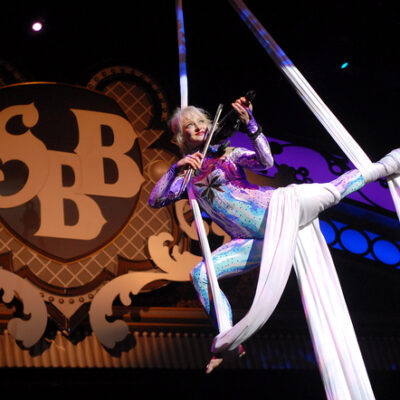