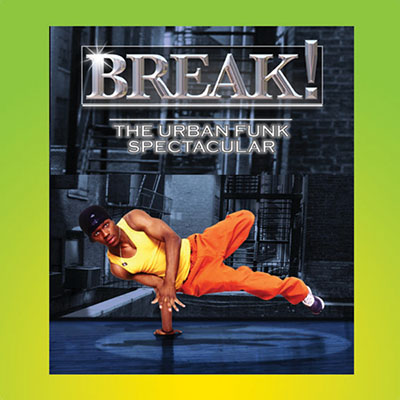 BREAK! The Urban Funk Spectacular traces the history of Hip Hop Dancing. It is a tribute to this American urban art form. Cast members are supremely talented artists from the world of “B-Boying”, “Locking”, “Electric Boogaloo” or “Popping,” Power Tumbling, as well as DJ-ing and Bucket Drumming. Many have been featured soloists in performances with such show-business legends as Madonna, Janet Jackson, B2K, 50 Cents, Ringo Star, Whitney Houston, Puff Daddy and Luther Vandross.

A distinctive American art form with hazy African roots that run deep through the streets of inner cities, Hip Hop defies easy definition. Comprised of five elements—Dance, MC (or “rap”), DJ, Graffiti, and Fashion—each component is improvised and recombined in a myriad of rhythms and styles so that Hip Hop reinvents itself continually.

Though the exact origins of Hip Hop are unclear (dance elements hearken back to an African tradition, involving a variety of footwork patterns, spinning and gymnastic type moves), Hip Hop dancing has been heavily influenced by a number of sources. Some consider James Brown and his 1969 hit: “Get on the Good Foot”, one of the starting points. Inspired by his energetic, almost acrobatic dance on stage, many people began dancing on the “Good Foot,” often incorporating moves that involved dramatic drops and spins.

Martial-arts films, which were extremely popular in the 1970s, contributed some of the more spectacularly muscular and acrobatic elements to this burgeoning urban dance phenomena. The term, “Breakdancing” actually arose with the growing recognition of this art form by the media. The early 80’s “battles” between dance crews, attracted the attention of the public and “Breaking,” “B-Boy-ing” or “Breakdancing” became associated with other street dance styles such as “Locking” and “Popping”.

BREAK! is based in New York City and has received standing ovations across five continents for its sensational show. It is produced by Love Productions, Inc. 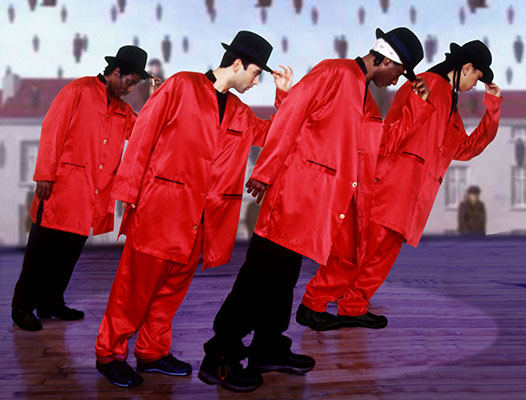 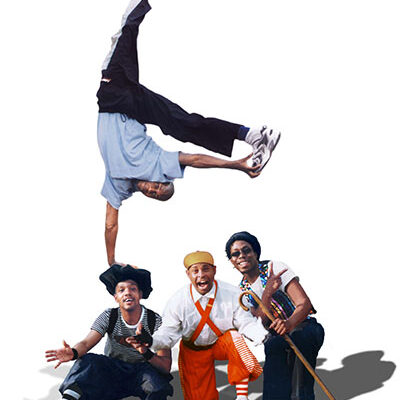 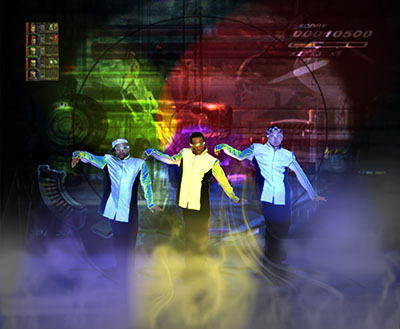